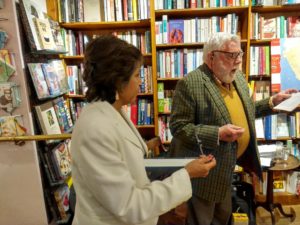 A VET IN PERÚ

The book is dedicated to four people, three Peruvians and one Brit. Inginiero Luis (Lucho) Lozada Casapia, the man who had the inspiration to ask the British Government for a project to set up a veterinary laboratory, under the auspices not of the government but of the farmers’ co-operative of which he was president; Srta Aurora Salazar Calcinas, the project secretary throughout my stay in the country; Sra Roxana Bustinza de Vergeray, the first employee of the laboratory; and Ing. Reynaldo (Reggie) Roberts Billig, the Honorary British Consul in Arequipa, were the Peruvians. Keith Haskell, CMG, CVO, British Ambassador to Perú, was the Brit.  Keith died before the book was published, but his widow Maria Luisa (Toni) was able to come to the London launch in Daunt Books, Holland Park.  Aurora came to Britain to take part in the launch parties. The Peruvian Ambassador to Great Britain, Srta Susana de la Puente Wiese, who was about to demit office  and consequently too busy to attend, sent Srta Silvana Mendoza to the launch.

Turnout was excellent and people came from Somerset, the Cotswolds, Wiltshire, Hampshire, Surrey, and Suffolk also my granddaughter Rebecca came from Manchester joining other members of Roger and Maxine’s families. Robert Max from the Barbican Trio, Ralph de Souza and David Waterman of the Endellion Quartet,  who had stayed with us when they gave concerts in Arequipa, also joined the party. It is probable that there were more people from outside the capital than Londoners!  Srta Mendoza opened the formal proceedings and apologized for the absence of the Ambassador.   The talks and readings followed the same pattern as the launches in Edinburgh and London. Toni Haskell was presented with a copy of the book in memory of Keith, and Aurora was given a copy for herself, and books to take back to Perú for Lucho, Reggie and Roxana.

Maxine again produced the Pisco Sours, the papas Huancainas,  and ocopa; there were also the nibbles that Aurora had brought from Perú. There were some friends that we had not seen for several years and so the party went with a swing. 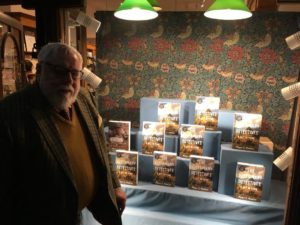 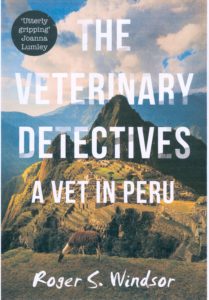