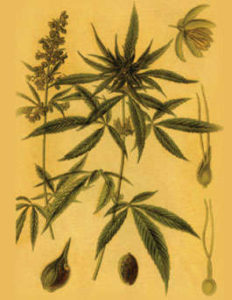 When I was working in Lao PDR,  it was a regular experience, when travelling in a tuk-tuk late at night, to be asked by the driver if I wished to purchase opium. This is the only time in my life when I have been offered the opportunity to purchase non-prescription drugs.  As a result I have never knowingly sampled marijuana.  When I told a colleague in Cambridge that I had never been offered drugs, I was informed that if I wanted them, all I had to do was to go to any college staircase in  the early evening and I would be able to purchase “pot”. I did not avail myself of the opportunity to do so.

However, I have experienced the effects of marijuana.  When living in Botswana we took the family to South Africa to stay with my wife, Maxine’s aunt on the Kinankop.  While we there, Maxine’s cousin arrived with a group of friends and as the bedrooms were full of Windsors they had to sleep on the stoop.  As I was drifting off to sleep with the windows wide open, there wafted in a scent, spicy and exotic and with this in my nostrils, I was away.  It was a wild night full of colourful and erotic dreams and I awoke the next morning wondering where I had been.  Maxine found out from her cousin that they had indeed been smoking “pot” on the stoop before sleeping.  They were all off that morning for the Wild Coast, leaving me to reflect on my wild night.

Life in Botswana was full of parties, where there were a wide variety of nationalities, although Britons and Americans predominated.   A young American woman who taught at the private Maru-a-Pula school informed us that she had baked a special seed-cake for the party and that there was enough for all to have a slice. It was a pleasant enough cake but nothing particularly special and I thought no more about it until I fell into bed, exhausted from an evening of dancing and conviviality. As the night in South Africa, my dreams were both exotic and erotic.  We found out later that the cake has been liberally spiced with marijuana.

Despite these two pleasant experiences, I have never been seriously tempted to go looking for marijuana; had I been offered it by a dealer, who knows…  However I can truly say that I have never knowingly taken “pot”.