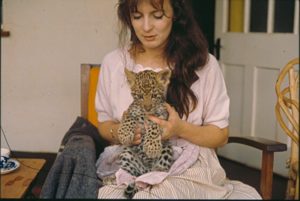 When the Nairobi Animal orphanage experienced an outbreak of feline enteritis it struck with a vengeance and we had leopard, cheetahs and lynxes dying in large numbers.  We took the babies home to try and  make them better. We could get them over the acute disease but then they refused to eat and they died of starvation, despite our best efforts at hand feeding.  The only way that the outbreak was brought under control was by using vaccine: the normal dose of FEV vaccine was totally useless! We finally succeeded by giving a double dose of vaccine followed by a double dose three days later then another a week later and after a fortnight they were given a quadruple dose. Once they had received this they were safe!!